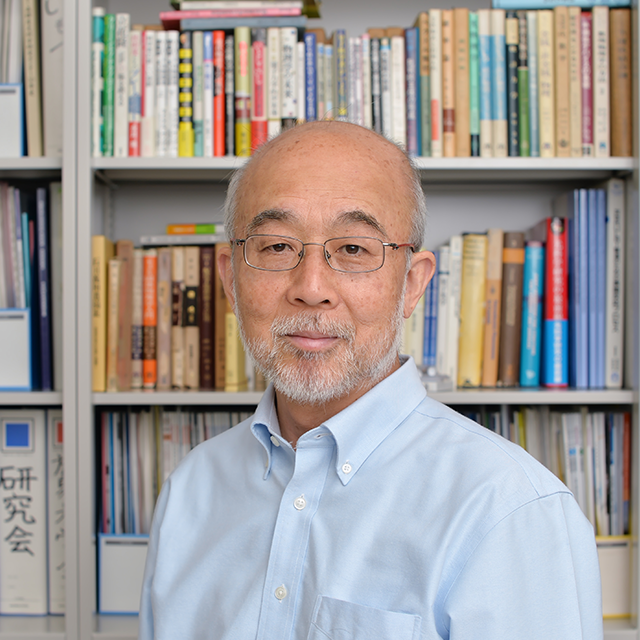 Jun’ichiro MIZUKI graduated from Kwansei Gakuin University in 1973, and obtained his M. Sc. (1975), and D. Sc. (1980) degrees from Tohoku University in Japan. From 1980 to 1985 he worked at KEK as a JASP fellow, McMaster University as a post doctoral fellow in Canada, and Ames National Laboratory / Iowa State University as a research associate in USA. From 1985 to 1996 he worked at Fundamental Research Laboratory in NEC corp. in Tsukuba, and in 1996 he joined the Spring-8 group as a group leader of Japan Atomic Research Institute (Japan Atomic Energy Agency since 2005) and worked there till 2011. Since he has been a Full Professor at School of Science and Technology in Kwansei Gakuin University. He has been working on materials science using Neutrons and Synchrotron X-rays, mostly focusing on a study of dynamics of atoms and electrons affection reactions and functions in materials. Current main activity is being devoted on the strongly correlated electron materials, such as high TC superconductors and the catalysts.

Our research target is to investigate the static and dynamical properties of atoms and electrons in energy-momentum space in functional materials using Synchrotron Radiation X-rays for the development of newly functional materials. Currently to elucidate the mechanism of superconductivity discovered with transition metal oxides and Fe-pnictides, and to investigate the origin of catalytic properties of the battery electrodes are focused with inelastic x-ray scattering and x-ray absorption spectroscopy methods. 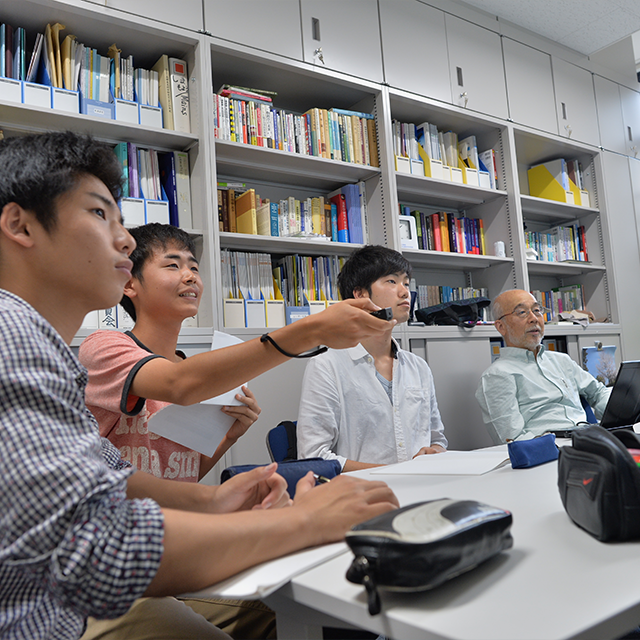 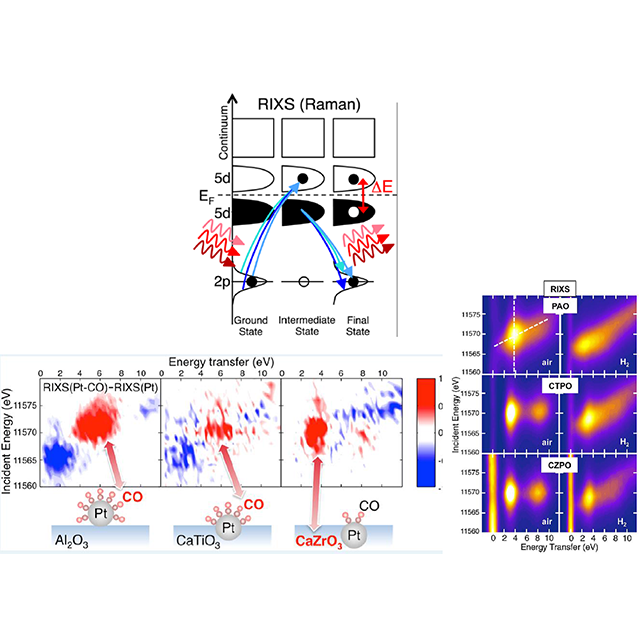 Observation of an electronic structure in the CO oxidation of the Pt catalyst. 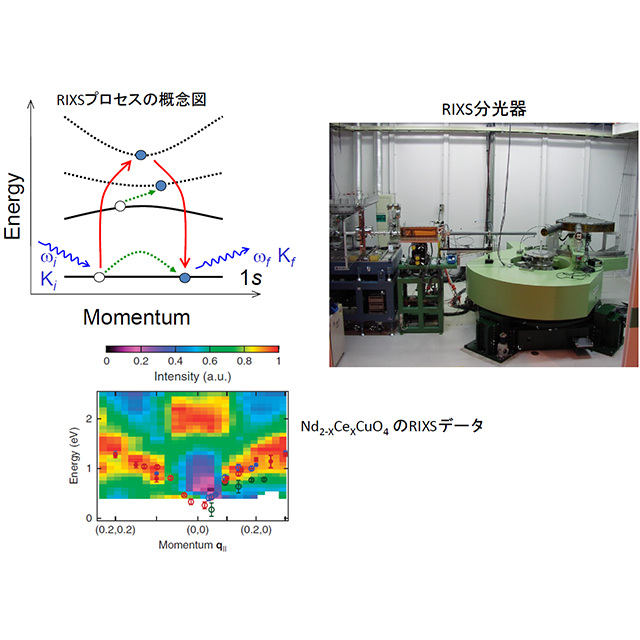 Securing of energy source is a global problem for the future, and I believe beyond doubt that materials, which are controlled at an atomic and electronic revel, play an essential role for solving this issue. In my laboratory, materials in conjunction with the energy, such as superconductors and related materials, dielectric and magnetic materials, catalysts using Synchrotron X-rays with diffraction and spectroscopic techniques mostly at SPring-8 have been studied. Regarding high TC superconducting copper oxides, for instance, the asymmetric features of the electronic phase diagram of the doping dependence of the Mott insulation Cu oxides between hole and electron doping have been an issue of debate for a long time, and the evolution of electronic (spin and charge) excitations upon carrier doping is an extremely important issue in superconducting layered cuprates. Recently, we tracked the doping dependence of both spin and charge excitations in electron-, and hole-doped cuprates by Resonant Inelastic X-ray Spectroscopy (RIXS), and found that electrons acquire a highly itinerant character in the doped metallic state, and holes, on the other hand, show the more localized spin excitations (paramagnons). These were published in Nature Communications in 2014. Another example is a research on catalysts. We found an “intelligent catalyst “ in 2002 by the collaboration with Daihatsu Corp. group , which has a property of some perovskite catalysts to maintain a high activity during aging without requiring addition of excess precious metal, called “Self-regeneration”. This is a major discovery of modern-day automotive catalysis. The prospect of minimizing the amount of precious metal needed to satisfy stringent low-emission vehicle requirements has generated a large interest in the self-regeneration mechanism. To date, little is known about the underlying physical mechanism of self-regeneration, and a unifying picture of self-regeneration and catalytic function is yet to emerge. Recently, we performed RIXS to characterize the occupied and unoccupied Pt 5d states in two self-regenerating Pt-perovskite catalysts, CaTi0.95Pt0.05O3 and CaZr0.95Pt0.05O3. Upon reduction, the element and symmetry-specific charge excitation spectra reveal a sizable hybridization between the Pt 5d and the Ti 3d or Zr 4d states at the interface between the nanoparticles and the perovskite, which involves the occupied states and is thus invisible in X-ray absorption spectra. A correlation is found between the strength of this d-band hybridization and the proportion of Pt nanoparticles that remain buried below the surface during reduction, indicating that the motion of the Pt atoms toward the surface is hindered by this hybridization specifically, rather than by the Pt−O bonding. These results provide direct evidence that the strength of the metal−metal d-band hybridization plays a pivotal role in determining the efficiency of self-regeneration in perovskite catalysts. These were published in American Chemical Society, Catalysis in 2014. 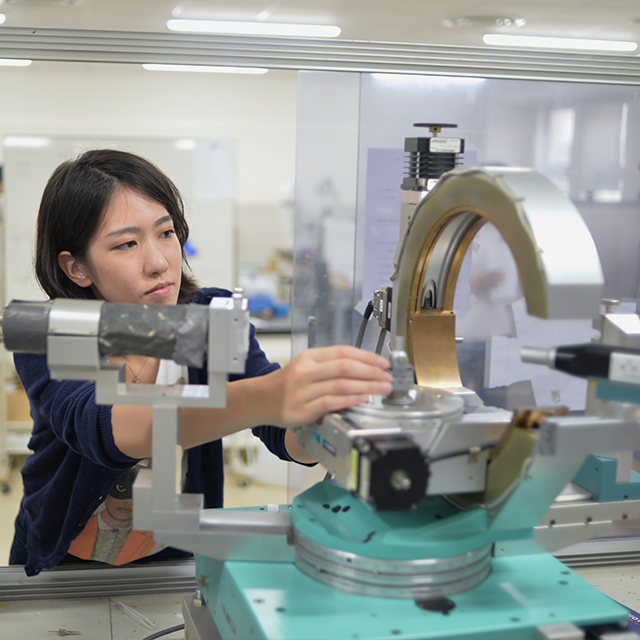 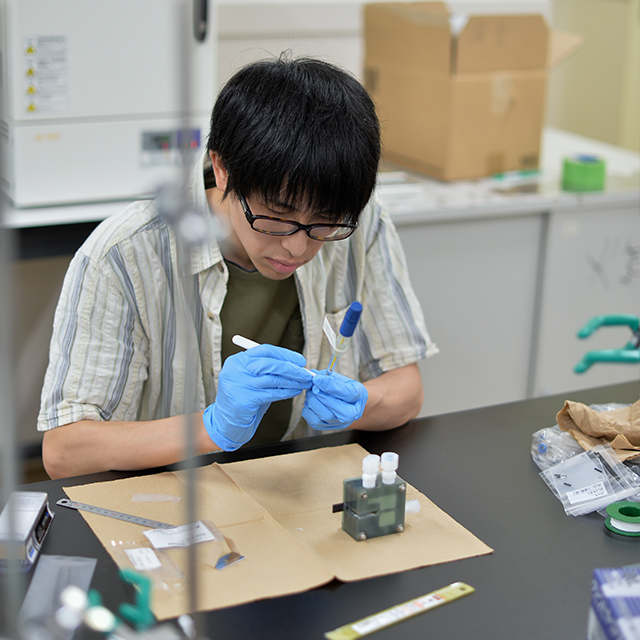